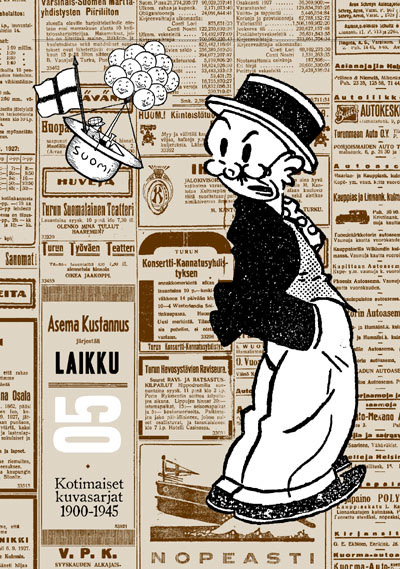 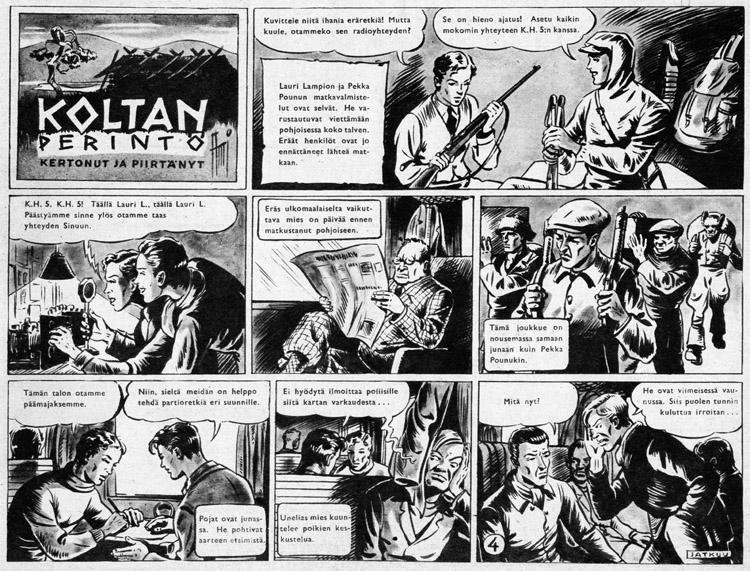 This blog is about Finnish comics artist and illustrator Aimo ”Ami” Hauhio (1912-1955). Hauhio was born in Vyborg, which was still part of Finland before the Second World War. He studied in art school in Vyborg, worked in printing press in 1930’s and illustrated newspaper Karjala and magazine Seura in 1937-1939. Just before the war started between Soviet Union and Finland in 1939, Hauhio moved to Helsinki with his wife and son.

After the war Hauhio worked as layout designer and illustrator for several magazines and advertising agencies, but kept producing comics and book-covers as a freelancer. He usually signed his art with stylized name Ami.

Hauhio died in 1955, when he was only 43 years old. He left behind hundreds of pages of comics, covers and illustrations. His style was influenced by American comics like King of the Royal Mounted and Flash Gordon, mixed with local tradition. Hardly any of his original art has survived, commercial art was not very appreciated in 1940’s and 1950’s.

I am making an exhibition of Hauhio’s career and collecting his work. This blog follows the process and shows samples of Hauhio’s art. If You are interested to hear more, or happen to know something about Aimo Hauhio’s life, feel free to contact me: tkokkila(at)yahoo.com